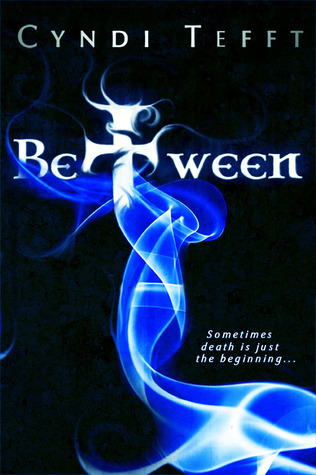 I am thrilled to present my final interview of the year with author Cyndi Tefft. I haven’t yet read her book, BETWEEN, a YA paranormal romance, but I have just added it to my TBR list and absolutely can’t wait to start reading the series. As I’ve gotten to know Cyndi I have discovered that she and I have a lot in common so I know that I will love her writing. The plot sounds fascinating so I’m excited that it’s a series so I’ll be able to continue the story line once I finish the first book. Please enjoy her interview and then check out the blurb for the first book in her series, BETWEEN. 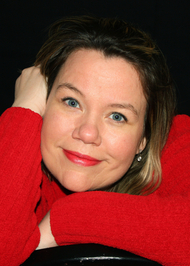 1. Cyndi, I just looked up the first book in your series, BETWEEN, and I’ve just added it to my TBR list! You had me at Scottish accent 🙂 Add in paranormal romance and I’m hooked. I can’t wait to read it! What makes BETWEEN stand out from other paranormal romances?

BETWEEN is about a modern girl who dies in an accident and the 18th century Scottish Highlander who comes to take her to heaven. The majority of the book takes place in the realm in between Earth and heaven, rather than the heroine being tied to this world, which is unique (at least I haven’t seen it in another book!). Aiden MacRae is a grim reaper of sorts, but ‘grim’ is not among the words I would use to describe him. Sexy, sweet, charming…yes! But not grim. 🙂

2. When I write, I am often surprised my things my characters do and say. What has surprised you the most about your characters?

I remember while writing the second book in this series, Hell Transporter, I had in mind that the next scene would be a love scene, but instead, my characters decided to have a rip-roaring fight! I didn’t know anything about it until I started writing and out it came. LOL

3. I would like to interview the main character, Lindsey, for a moment:
Lindsey, falling for Aiden is anything but practical. What do you see in him that you find irresistible?

You’re telling me! Who would have thought? But still, you’ll understand once you meet him. I never stood a chance. Not only is he hotness incarnate, but his kindness towards others, and the way he cares for me… I’ve never met anyone like him. *blissful sigh*

4. I was thrilled to learn that you’re from Seattle because that’s where I grew up. When you’re not writing, what do you do for fun in Seattle?

Seattle is a great city (apart from the miserable traffic!). I’ve lived here for about six years. There are a ton of touristy activities to do here (Space Needle, Seattle Center with the Pacific Science Center and the Chihuly Glass Museum, the Experience Music Project and the Science Fiction Museum). I’m a little bit of a homebody, though, so I tend to go out with friends for food and fun, just like you’d do anywhere else.

5. I also see that you’re just as crazy about Scotland as I am, and I am extremely jealous that you’ve been there. What did you enjoy the most about your visit?

I’ve been twice, actually, and I would go again in a heartbeat if I could! The highlight of the first trip was visiting Eilean Donan Castle (the home of the hero in my books). Standing in the great hall that I’d written about, seeing it through Aiden’s eyes, was a surreal experience! On the second trip, we visited Orkney (islands to the north of the mainland), where there are ancient stone villages sunk into the earth. Totally cool!

6. If BETWEEN was turned into a movie, who do you imagine would play Lindsey and Aiden?

I actually have a Pinterest board where I collect pictures just for this fantasy! http://www.pinterest.com/cynditefft/between-series/  Chris Hemsworth is the closest I can come to Aiden. There are a few women who have the look of Lindsey, but the closest is a model Rachel LaHood. I can’t imagine what it would be like to see the book come to life on the big screen. Amazing. As my daughter would say: DO WANT.

7. What are your favorite must-have comforts when you are writing?

I listen to classical music while writing, which helps me block out the rest of the world and slip into the zone. Mostly, I just need space where no one is going to interrupt me!

8. What sort of writing projects do you have planned for the future?

I am currently writing the fourth book in the Between series, as well as dabbling here and there on some other projects, both YA and adult. Anything I write will be a love story, though!

BETWEEN by Cyndi Tefft

It just figures that the love of Lindsey Water’s life isn’t alive at all, but the grim reaper, complete with a dimpled smile and Scottish accent.

After transporting souls to heaven for the last 300 years, Aiden MacRae has all but given up on finding the one whose love will redeem him and allow him entry through the pearly gates.

Torn between her growing attraction to Aiden and heaven’s siren song, Lindsey must learn the hard way whether love really can transcend all boundaries.

Want to read Between and the rest of the series?